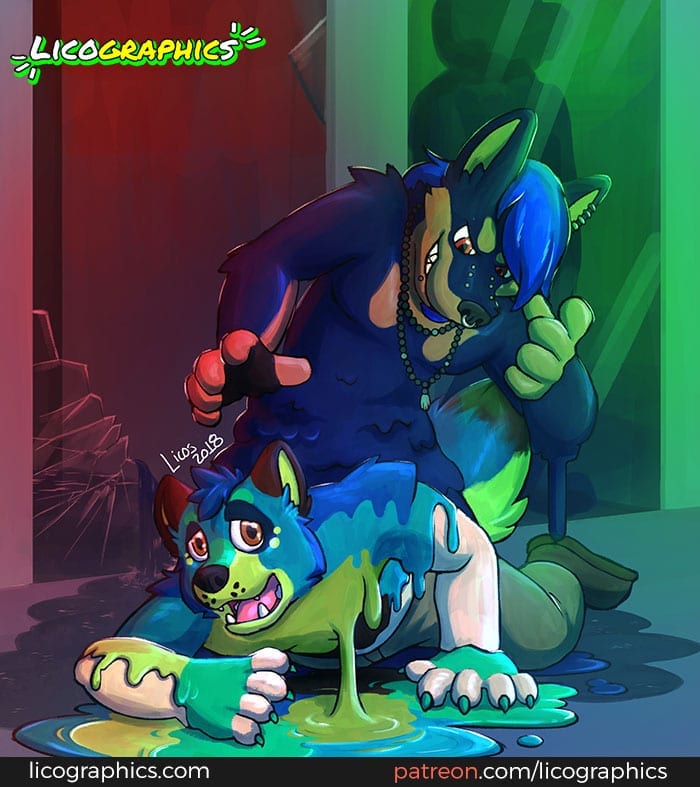 Shizen was checking the lab before heading home. There was a red light down the aisle, everyone in the company knows that means there’s something wrong going there. The glass was broken and its content leaking through those cracks, that was evident from the other side of the room. Shizen decided to come closer to check it out. Standing in front of the capsule, and before he could do anything, the glass broke, releasing the subject in it, which had taken the form of a doberman once out of his capsule. Not any regular doberman, this dog was made of some kind of gel, instead of flesh and bones like anyone else in the place. This doberman, labeled as “subject Cobalt” on the broken glass, immediately attacked Shizen, not harming him, but melting on him, and changing Shizen’s appearance and structure to a multicoloured gooey wolf! Is this some kind of revenge?

In Patreon you can have access to the HD version of this illustration with a monthly pledge as low as $5 USD, and get other benefits too! Go check it out ?

A timelapse video of the production is going to be available in Youtube too!